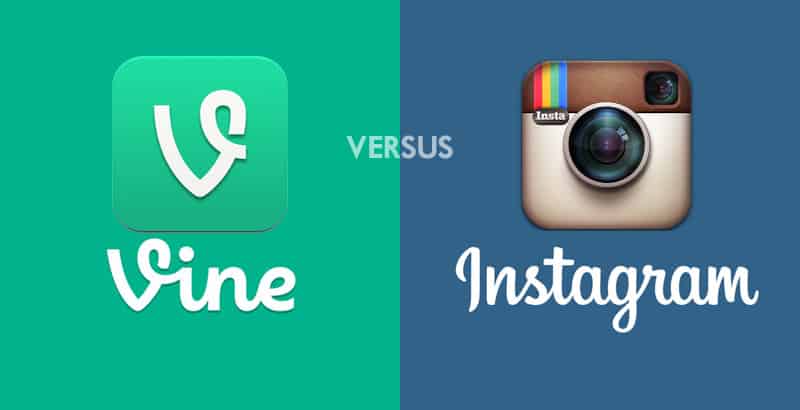 Instagram is an upcoming social media app for Smartphone and tablet devices that allows you to take photos and then share them on the network, as well as share them on other social media networks. However, they have recently added a function that allows people to share videos in a similar manner. This function was currently the big selling point of another social media app known as Vine. As a result of the Instagram upgrade, the amount of people downloading from Vine has decreased dramatically. Can you just imagine that one day we would be able to watch videos via our phones? It’s nice to look back at apple products of old to remember how it was before.

It seems pretty obvious that a lot of people had both the Vine app and Instagram app. People were using Instagram to share pictures and Vine to share videos. But, since they can upload videos onto Instagram, it seems silly to keep both apps. It offers two functions where Vine only offers one, so it seems to be only common sense to replace it with Instagram. As you can see on the image below, if we compare both applications, Vine has less features.

Will Vine Uploaders Have a Captive Audience?

Some people are loyal to their favorite apps and will not give them up, and Vine is bound to have quite a few loyal users. So the question begs as to whether it is still a good idea to upload videos to Vine. There is definitely going to be a smaller audience than there was last year, but technically you have a captive audience. Surely, if you were uploading your videos for reasons other than entertainment, then it would be prudent to upload your video onto as many apps/social media networks as possible; in which case you should upload to both applications.

However, if you are uploading for entertainment value, then it seems you should go with Instagram. Its audience is growing slightly and the Vine audience is shrinking quickly. This indicates that some people are switching from Vine to Instagram, and also suggests that a lot of people had both social networks, and have now deleted their Vine app.

What About the Video Features?

Without going into comprehensive details, you may wonder which app has the best video features. Vine have added their private channels and re-vining options, but this is clearly not enough. Instagram added editing tools into the app to allow people to polish their videos. They have also added video stabilization software which means that videos may be taken without appearing out of focus or shaky. Vine does not offer a similar service, which is another reason why people are favoring Instagram.

The Time Limit May Have Clinched it

Why Do Instagram Reels Have No Sound? Reel Audio Not Working?