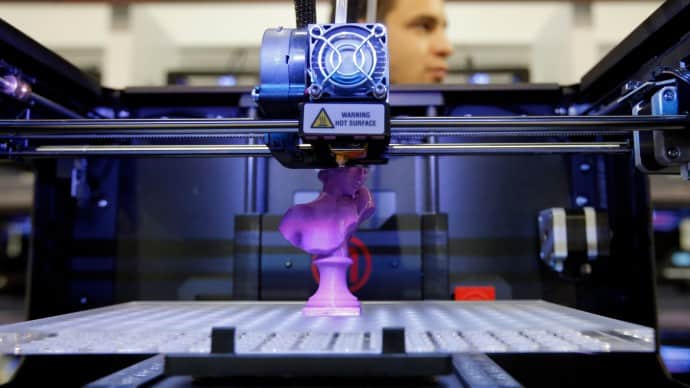 Medical technology has come a long way within the last decade, and every new advancement provides mankind with the opportunity to preserve itself just a bit longer. Even though , scientists are claiming that 3D printers can be used to produce synthetic tissues and organs that could revolutionize the way medical testing and treatment is done. While the whole thing does sound like something out of a Terminator movie, the machine-creation of artificial human parts from a scan of the original is a reality that is at the doorstep of mainstream implementation. The possibilities of such a technology are nearly infinite, and here’s how bio-printing can help in the near future.

The major issue with human drug testing is that injected substances can hurt or kill an innocent human being. That’s why most laboratories are stocked with mice or other mammals that have a body composition similar to that of humans. The problem is that harming or fatally injuring innocent animals isn’t much better than doing the same to our own kind. That’s where bio-printing comes into play. Artificially creating human parts from stem cells allows researchers to have near-identical clones of real human parts that look and function in the same manner. When scientists test on these “test tube” organs, they know exactly what should happen in an actual human body.

In the case of severe illness or injury, organ transplantation may be the only option for survival, but finding a compatible organ often proves to be a very expensive and lengthy process. Unfortunately, patients can be put on a waiting list for years when the health issue requires a transplant within months, weeks, or even days. Patients may soon have the option to receive a bio-printed organ that was created to the ideal specifications for a lower cost, shorter wait time, and a higher success rate. Using lab-created organs in this manner isn’t realistic at this point in time, but the day will come before we all know it.

Like for organ transplants, 3D printers may have the capability to mass produce real human flesh and skin to repair body parts that have been damaged or severed by injury and disease. Soldiers, police officers, professional fighters, athletes, and other people who regularly engage in activities that have a high rate of bodily injury will benefit most from such a breakthrough. People who previously would have never had the chance to return to the workplace or re-participate in their favorite hobbies would be able to do so with bio-printing and do so sooner than ever before.

With lab-created tissues and organs at our disposal, we can simply replace a malfunctioning part to get the body functioning like normal again–just like swapping out parts in a car or computer. Humans would be able to live much longer than they do today if all it took was swapping out worn parts for ones. In theory, we could live forever thanks to bio-printing, but we all know that theory and fact aren’t one and the same.

As great as bio-printing technology sounds, we must seriously consider the negative societal changes that come with its widespread use. The following is one of the biggest concerns.

Increase in risk-taking and crime

The human body is very vulnerable to disease and injury. This is why we have to take medications when we get sick and wear helmets and pads when we play sports. With widespread bio-printing, however, injury becomes less of a concern because we know that injured body parts can simply be bought and replaced. Many people will see this as an opportunity to engage more frequently in riskier behaviors such as smoking, drinking, doing drugs, having unprotected sex, fighting, playing very physical sports and more. Some may take things a step further and engage in criminal activity because they know that their bodies can take more punishment from law enforcement and extremely physical maneuvers used to commit crime.
But with every new technology comes risks and reward. Hopefully the benefits to medical care and mankind outweigh the possibility of 3-D printing to propagate more hazardous behavior.

We really hope these technologies will help people in the future because the healthcare is the most important thing for everyone. By the way, check out our last article about Free Netflix DNS Codes for US.